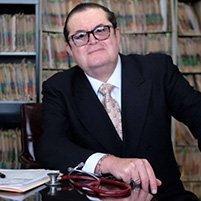 Autism is a neurological condition that causes children to have problems with social skills and communication and can affect their behavior. If you’re concerned that your child is showing signs of autism, Jose Fragoso, MD, is a highly respected pediatrician with many years of experience in dealing with autism spectrum disorder, who can help you with a diagnosis of your child’s condition and recommend effective therapies and techniques to improve your child’s quality of life. Call Dr. Fragoso at Union City Pediatrics in Union City, New Jersey, today, or book an appointment online.

Some children have severe difficulties and are unable to communicate and interact with other people at all, while others manage to lead normal lives but struggle with certain aspects of life that they find hard to understand.

How do I know if my child has autism spectrum disorder?

It’s often hard to spot the signs of autism in very young children, and not every child who starts talking a little later than their peers is going to be autistic. The differences between your child and other children of the same age become more pronounced as the child grows up. Signs of autism may include:

The signs of autism are often mistaken for behavioral problems rather than being attributed to autism spectrum disorder, so if your child’s behavior is giving you cause for concern, arrange a consultation with Dr. Fragoso to find the cause of the problem.

How can I help my child if they have autism?

The earlier your child receives a diagnosis, the sooner you can take steps to accommodate their altered perceptions and the difficulties they experience, for example using alternative teaching methods and getting additional help at school.

Dr. Fragoso assesses every child with autism spectrum disorder to see which forms of therapy or intervention are most likely to help and then draws up an action plan.

There are many effective ways to help your child cope better with what can be a confusing and distressing environment for them and to help them achieve their potential. Find out how you can improve your child’s life by calling Union City Pediatrics today, or booking an appointment online.